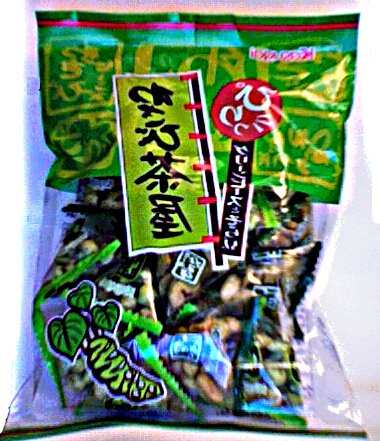 These little green beauties have got to be the best Japanese snack ever invented. I can’t read a word on the packet but as far as I can tell they are dried peas with some kind of wasabi flavour added.

I am not a particularly cultured bloke and I have to admit that the first time I ever tried wasabi was with some Australians who suggested I eat it straight out of the tube. Yup, it blew my face off but somehow I got quite hooked on the stuff. Must be something to do with endorphins or something.

Anyway, there was one piece of information on the pack that I could read and that was the website of the company that apparently makes these delicious snacks, www.kasugai.co.jp. This pack came all the way from Japan but I have actually tried them before as a bar snack in the Phoenix pub in Camberwell. 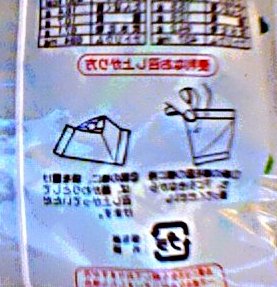 As you might expect, the packaging is pretty impressive. There are bags withing bags which I guess is not too cool for the environment but does make a very pretty and convenient product. On the back of the main bag, there is a little diagram to show you how to turn the smaller bags on the inside into little serving dishes. So I guess that saves on washing-up too!

Whilst I was munching a few of these peas, I decided to do a bit of research and Googled for wasabi peas. I have the Firefox web browser with the Googlepedia extension so my search showed me the Wikipedia page on Wasabi and a company that sells Wasabi peas on the web. They don’t look as delicious as the little suckers I was nibbling though. 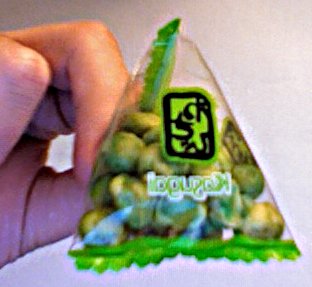 This is one of the individual packets of the wasabi peas. I guess there is not much else to say other than thanks to David and Kanari for bringing them back for us to try.