Wisdom from the Igloo - Part I

On how awful it must have been for hacker Kevin Mitnick to have been banned from using any internet-enabled device for five years following his release from prison...

[Maxton] I'm surprised that they were allowed to do that.

[Maxton] It's like saying that someone who was jailed for writing stuff about the government is not allowed to read books after their release.

[James] Not really! isn't it more like saying that someone who gets locked up for being a kiddy-fiddler is not allowed to work with children again, ever? 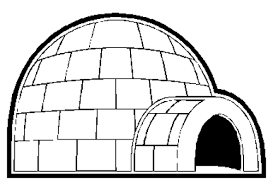